Our overarching brief for the movement module is to create our own ideological movement which must be a moving digital advertisement. The movement mustn’t already exist and/or contravene any good ethical practice. When reading this brief I wasn’t totally sure what an ideology was but to summarise; it is a set of ethical ideas, principles, myths or symbols of a social movement that explain how society should work.

Looking at existing movements and I could see that a lot were political based and had serious backgrounds. Instead I wanted to create something fun and uplifting but still  would have a core message. The ideology I have chosen is ‘spoopism’ based upon the word spoopy, a word I use on a daily basis. This word, that you may not have heard of, is internet slang meaning something to be funny and spooky at the same time. For instance “I saw a ghost fall down the stairs today, it was so spoopy”. This internet founded word originated from a misspelled Halloween sign and later was turned into a meme to forever laugh at this mistake. Although the premise for the project might seem comical which it is, I have a deeper meaning behind my idea. Spoopism is the belief that you should behold something spoopy everyday of your life. The idea is that if you witness something scary whilst it being funny, you will evenly link the two things together in your brain. So when you feel scared by something you actually become humoured by the initial fright. I feel like this is a good choice for me, it is an internet based premise so will fit well on a digital platform but also will hopefully be questioned by public. The more people who question ‘my believe’ the more people that will click on the advert creating a successful outcome. 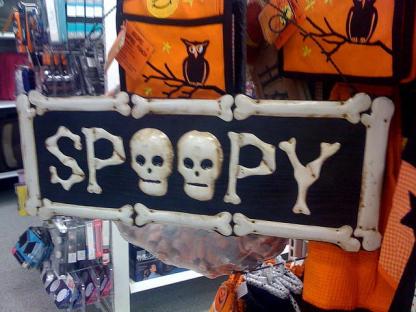